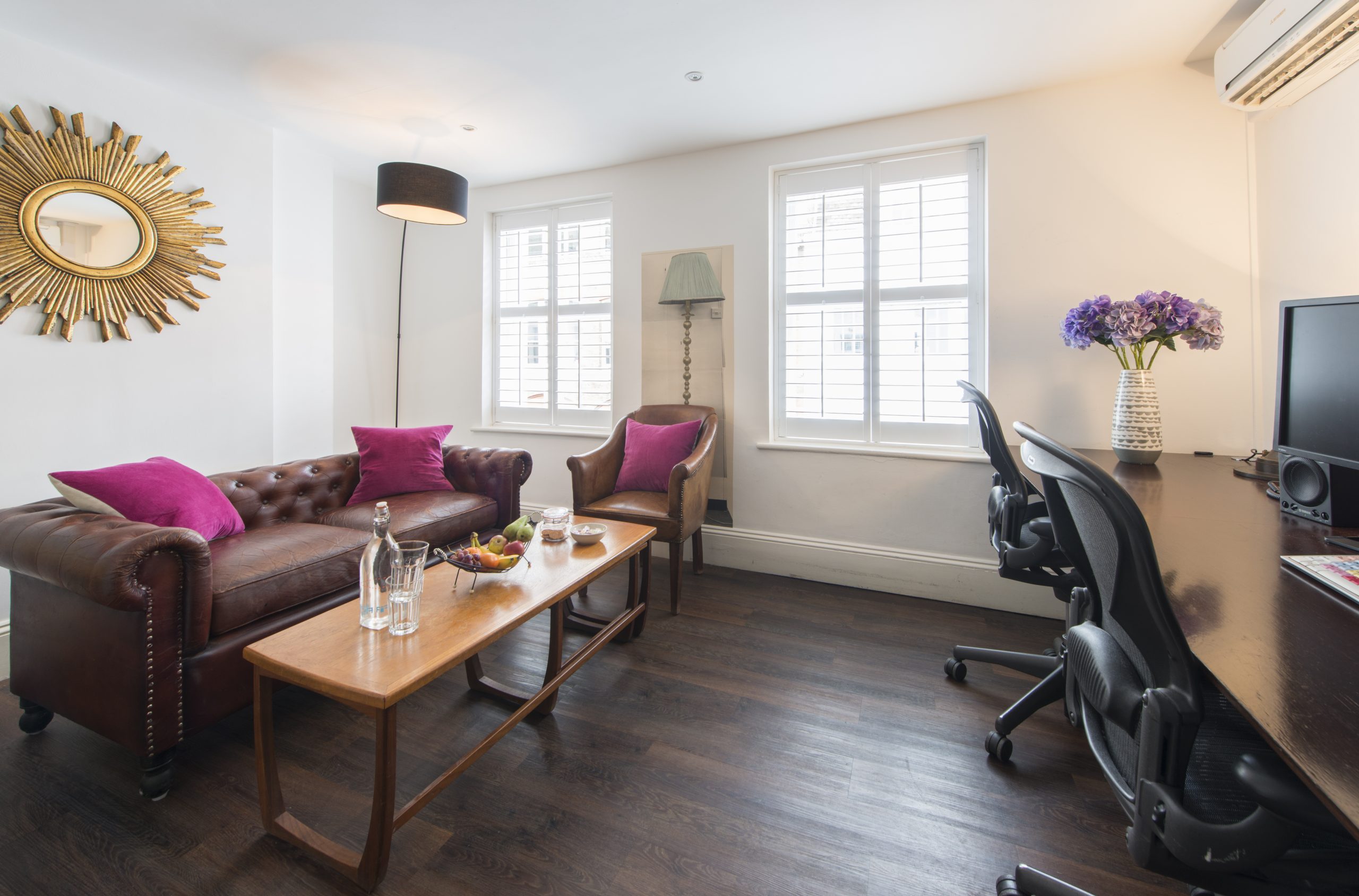 Fifty Fifty is investing £1m in expanding its facilities on D’Arblay Street into the building next door. The move extends the 16-year-old post-production company’s empire to four buildings in the heart of Soho.

The expansion is part of a growth strategy that aims to lock Fifty Fifty’s focus squarely on the SVoD and high-end TV market, with its new building enabling it to grow the facilities now in hot demand by the likes of Netflix and Amazon.

Managing director Cara Kotschy told Broadcast: “We’re trying to move Fifty Fifty along to the next level. We don’t want to be okay at lots of things; we want to be amazing at doing a smaller number of things. So we’ve narrowed down the scope of work we take on, and have dropped the stuff [corporate, promo and short- form] that deviated our attention away from our core client base.

“It’s a massively positive time to be in post-production,” she continued. “It’s much less about clients coming in and paying for a service and much more about us working together. It’s the way Netflix and, more generally, SVoDs work – they want a collaborator, not a supplier. And this model is now filtering down to UK network broadcasters, too.”

The collaboration works both ways, with Fifty Fifty consulting with Netflix in advance of committing to its new building, to find out what range of facilities the streaming service deems essential for a post-production house in 2019.

Kotschy said: “We talked to Netflix about its tech strategy and it became clear that Dolby Atmos [immersive sound] and Dolby Vision [HDR] finishing are both fast becoming essentials.”

Fifty Fifty has already started its investment in high dynamic range (HDR) services, upgrading the monitoring and functionality of its grading suite to gear up for Dolby Vision. This led to the post house picking up its first Dolby Vision production and another that is currently in post-production.

Meanwhile, one of the drivers for taking over the building next door was to find space for a Dolby Atmos room. But rather than building the immersive audio suite in the new building, Fifty Fifty plans to create the room in its current building and move many of its existing facilities to the new premises.

The space earmarked for the Atmos suite is the same one in which, just two years ago, Fifty Fifty built a series of offline rooms. These will now be ripped out and replaced.

“I’m gutted we’ve got to lose this cutting area, but it’s the only place where we have the ceiling height we need to get Dolby Atmos accreditation. Little town houses aren’t ideally suited for creating certified Dolby Atmos rooms, unfortunately,” said Kotschy.

Fifty Fifty’s new Dolby Atmos room, which will be ready by the autumn, will include a good-sized voiceover and ADR room. The post house will then demote its previous flagship audio room (a 5.1 suite with a voiceover booth) at the top of its current building to become its second audio suite. Another audio room at the top of the building will become an offline room.

Across the facility, there is a complex blueprint to move and reconfigure rooms and add new facilities. Fifty Fifty is moving its existing Baselight grading room, and also adding a second one, to the new building, and hiring an established (and not yet announced) colourist to run the new suite.

It is also moving two online rooms to the new building, where they will be switchable between Avid, Flame and After Effects and run the Baselight Editions plug-in, which Fifty Fifty plans to use for processing and to manage the colour pipeline for HDR.

Two online rooms will be kept in the original buildings, while the other rooms previously used for the online grading – services that will move to the new building – will be split into two and turned into offline rooms.

Kotschy explained: “We will gain eight rooms overall and have 20 suites in total, including six [a mix of offline, online and grading] in the new building. We’ll have around 6,000 sq ft of facility space in total and everything will have a similar feel across each of our buildings. It won’t feel like our facilities are spread across three or four buildings once you’re inside. We will also still have our single, central entrance [at 24 D’Arblay Street] for the entire facility.”

Fifty Fifty’s new building also gives the post house a good-sized roof terrace for the first time. “We’re planning to put in a kitchen and bar area with bi-folding doors that open onto the terrace,” said Kotschy.

The offline rooms in Fifty Fifty’s new building will open next month and the aim is for the whole facility to be open in early autumn. Kotschy adds: “Once the expansion is out of the way, we’ll look to rebrand our look and feel in line with the new focus and scale of ambition of the company.”